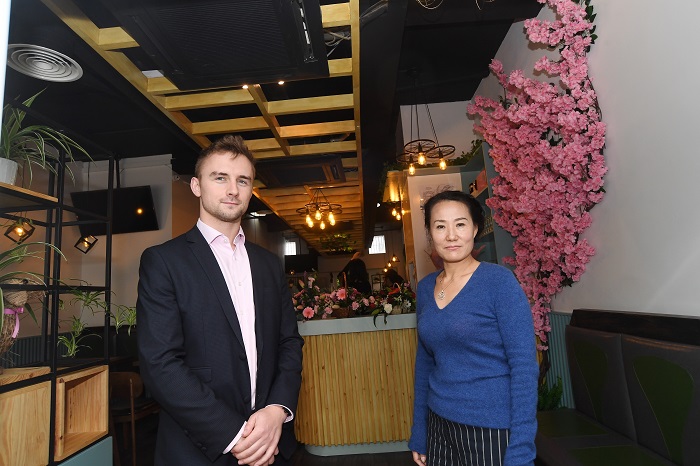 The team behind a Coventry restaurant, which had to relocate due to demolition work in the city centre, has found a new home.

Alley Food & Mood has opened in Smithford Way and is under the same management as Red Panda, which was based beneath Coventry Point – the high rise building that is being demolished as part of wider regeneration work in the city centre.

Acting for the landlord, Holt Commercial brokered the deal with the Oriental restaurant.

He said: “It’s great to see another unit in the city centre being let and we are delighted to have assisted Alley Food & Mood in opening in this property.

“Everyone wants to see the continued regeneration of the city centre – especially with UK City of Culture 2021 on the horizon – but that inevitably means that there will have to be some disruption in the process.

“The team behind Alley Food & Mood wanted to be in the city centre and the premises on Smithford Way is perfect for them as they sit alongside restaurants, cafes and eateries with a real international flavour.

“They have, after securing a long term lease, undertaken a comprehensive fit out which shows their commitment to the city centre.

“We have several other units on the market in Coventry city centre and the interest is very strong, with further deals expected very soon.

“Everyone knows that the traditional high street retail sector is going through a testing period and what we are seeing is businesses looking to the city centre for different uses which, in the long run, will add to the sustainability of our city centres.”

Ms Kai Wang, of Alley Food & Mood, said: “We are very pleased to bring our unique restaurant offer to Smithford Way. We can see that this is going to be a very exciting time in Coventry and this area of the city centre is becoming very popular with people wanting to eat out.

“We are very grateful to Chris and Holt Commercial for helping us to move here.”

Councillor Jim O’Boyle, cabinet member for jobs and regeneration said, “I’m really pleased that Alley Food and Mood has joined the growing number of independent food traders in Smithford Way. It’s an area that is thriving and we will also be investing in some improvements in the area alongside our work in the Upper Precinct.”