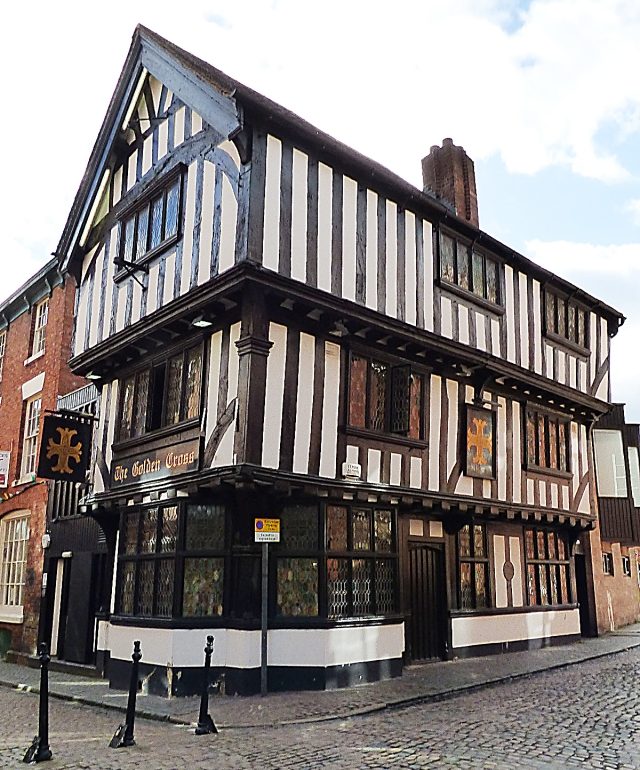 Open with restrictions in place

Coventry’s most welcoming pub, simply serving fresh and tasty food, great beers, lagers, spirits and a selection of wines.
The newly refurbished Golden Cross is the oldest pub in Coventry (One of the oldest in The Midlands). Built circa 1583, during the reign of Queen Elizabeth 1st and established as a public house circa 1661, during the reign of Charles II (The year of his coronation). The Golden Cross boasts traditional Tudor features which include: jettied upper floors with exposed beams, the pub also features a Dragon Beam which makes it possible for the jettied floors to go around the corners. These historic features alone makes it worthwhile visiting The Golden Cross.

We have live music every Saturday upstairs from around 9pm, so those who prefer a quiet drink in Coventry’s oldest pub can enjoy a relaxing evening in comfort on the ground floor. We also have an open mic night every Tuesday between 8pm and 11pm. Every first Friday of the month we have an alternative DJ playing rock, punk, metal, ska and more!

Closing at 10pm from 24th Sept due to Government guidelines