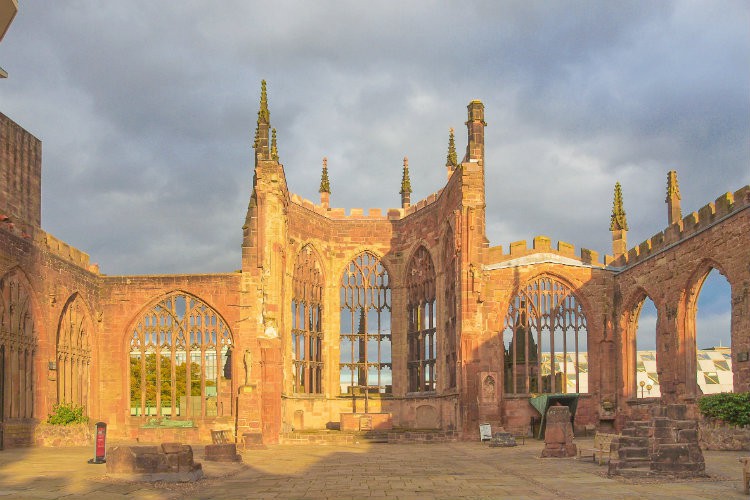 Four projects in Coventry and Warwickshire have been awarded over £6m of funding to further encourage culture, tourism and the economy.

The board of the Coventry and Warwickshire Local Enterprise Partnership (CWLEP) unanimously agreed to invest in four projects which will have a significant impact in the area ahead of Coventry being UK City of Culture in 2021 and the Commonwealth Games coming to Birmingham in 2022.

The allocations have been funded through the Government’s Local Growth Fund and all have secured match funding.

The four projects are:

The extra money has become available as part of a continual review process which ensures any funds not able to be spent within the necessary timescales are returned to the programme.

Jonathan Browning, chair of the CWLEP, said the quality of the applications had been extremely high and an independent panel had followed a robust criteria-based process to assess each project.

He said: “We launched this open call to establish a further pipeline of projects or programmes that we could invest in and the quality of the schemes that were put forward has certainly enhanced that.

“We wanted to encourage businesses that would significantly increase economic growth and would have their projects in place before 2021 when Coventry is UK City of Culture and the following year when Birmingham hosts the Commonwealth Games.

“We are confident all these projects will be up-and-running ahead of these two major events which will showcase the area to a national and international audience.

“The visitor attractions which have been chosen will create growth and are an excellent strategic fit to boost culture and tourism – not just in the short and medium term – but in the long-term for the area’s benefit.”

Councillor Jim O’Boyle, cabinet member for jobs and regeneration at Coventry City Council and CWLEP board director, said: “I’m really pleased that we have been able to secure this extra money for a number of Coventry projects. We will still need to seek further funding for some of them, but we have been clear that City of Culture must create a legacy for local people and boost the economy and these projects will support both of these ambitions for our city.”

Cllr Tony Jefferson, leader of Stratford-on-Avon District Council and CWLEP board director, said: “I am incredibly pleased that both bids from Stratford-upon-Avon have been successful. They will enhance the tourism offer of the town significantly. This is crucial at a time when the tourism industry is becoming increasingly more competitive.

“It is vitally important that we develop our tourism offer and the success of these bids is the beginning of the process that allows this to happen. The funding is a major investment into the district and shows what can be done with collaborative working.”

Catherine Mallyon, RSC executive director, said: “It is great to see the CWLEP continuing their important commitment to culture and tourism in the region and recognising the growth opportunities of this sector. Through their support, the restoration and redevelopment of our Costume Workshop will add another element to the region’s wealth of cultural and tourist assets. Costume-making is central to everything we do at the RSC and is shared with audiences all year round on our stage, and through live broadcasts straight into cinemas and schools. Wherever we perform we fly the flag for Stratford-upon-Avon and the region.

“We are enormously grateful to CWLEP for this funding. The new Costume Workshop will safeguard the future of costume making in Stratford, enable public access to the workshop for the first time and establish apprenticeships to train the next generation of costume makers. The project will transform our out-dated Costume Workshops, revolutionising the working conditions and increasing employment opportunities. Stratford-upon-Avon is rightly recognised as a key asset of our region, maintaining and securing its cultural offer is essential to making it an attractive area to live, work and study.”

Tim Cooke, chief executive at the Shakespeare Birthplace Trust, said: “Henley Street is the gateway to one of the world’s great cultural designations and we are delighted to be working in partnership with Stratford-on-Avon District Council to improve the streetscape and the surroundings of Shakespeare’s Birthplace. We are greatly encouraged by the decision of CWLEP to support this investment to develop a welcoming social space that enhances the identity and special setting of the Birthplace for residents and visitors from all over the world to enjoy and experience.”