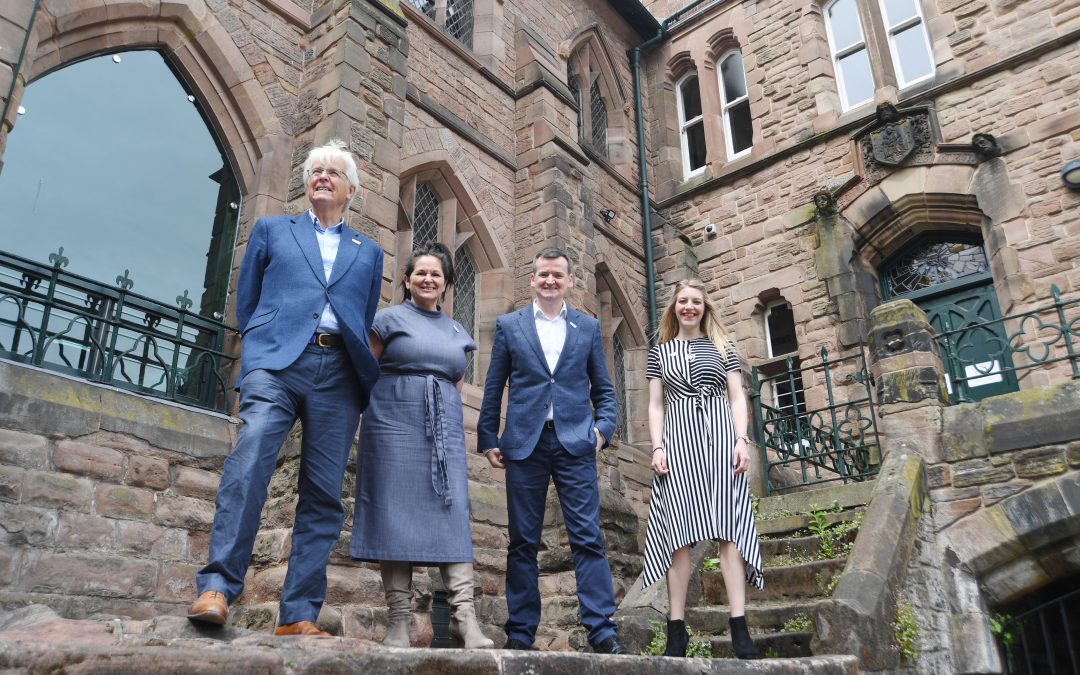 Martin will provide leadership for the Coventry City of Culture Trust, ensuring that Coventry’s profile, reputation and cultural engagement delivers a high level of respect within the city and region, as well as nationally. He will build and maintain relationships with strategic partners and stakeholders, local businesses, local artists, cultural organisations and resident groups.

The appointment of Martin swiftly follows the announcement of Chenine Bhathena as Creative Director.

Martin, in his decade at the Northamptonshire venues, pioneered a sustainable model for arts management to ensure that the region’s cultural sector has thrived. He was also Chair of the South East Midlands Enterprise Partnership’s Cultural and Creative Industries group. He will start in his new role in Coventry in the autumn.

He said: “Coventry has done an amazing job during the bidding process, and since winning, and is already inspiring other towns and cities to consider how young people and diversity can be a catalyst for positive, lasting change. Working in neighbouring Northampton, while leading a dedicated team and developing close partnerships with artists, audiences, funders, local authorities and the University, I never lost sight of our mission to make sure that our arts venues were part of the wider regeneration of the area. The role here in Coventry allows me to make that the key focus of my work while supporting the team to deliver the incredible vision the city showed as it was bidding.”

Born in Paisley, he grew up in central Scotland and saw the massive benefits that being European Capital of Culture brought to Glasgow. He said: “Hull delivered a fantastic year in 2017 and we’ve seen what being European Capital of Culture has helped to achieve in places such as Liverpool and Glasgow. We have the opportunity to do something very special in Coventry and I can’t wait to get started.”

Laura McMillan continues in her role as Director of Operations and Legacy while David Burbidge remains Chairman of the Coventry City of Culture Trust.

David said: “Martin’s appointment is another huge step for us. We have been working hard over the past few months to assemble a senior team that will help us to deliver our ambitious vision for the build-up to 2021, the year itself and the legacy it will leave. The shortlist for the Executive Director post was very strong but Martin’s experience and enthusiasm for what we want to achieve made him shine through.”

Peter Knott, Area Director, Arts Council England, said: “We are delighted to be welcoming Martin Sutherland as the new Executive Director for Coventry City of Culture. As Martin takes to the helm, building the foundations for Coventry to host UK City of Culture in 2021, I am sure his wealth of creativity and experience will come into its own. Martin brings with him a great track record of delivering top quality arts and culture to diverse audiences and as the eyes of the UK turn to Coventry, we look forward to seeing his ambitious and innovative work continue to shine as he teams up with Creative Director, Chenine Bhathena.”

Cllr George Duggins, Leader of Coventry City Council, said: “The City of Culture Team has done a wonderful job so far and now these new appointments are bringing in the expertise and leadership to help our city deliver the best programme possible. This is a very important time as the team gets all the pieces in place and I am delighted that Martin will be joining us and taking on such a key role. I look forward to working with him and the team in the coming months as we build up to 2021 and prepare to put on a show to remember.”