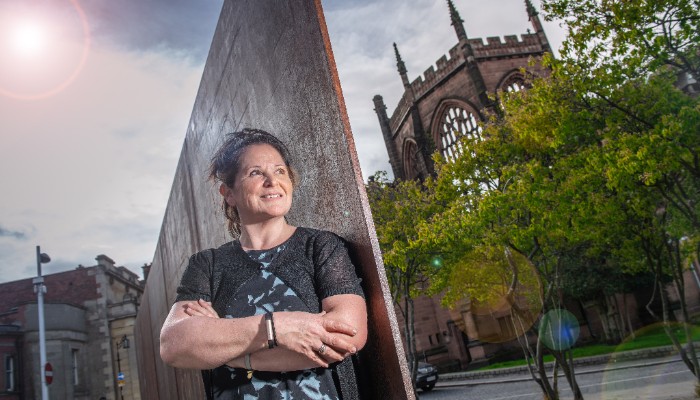 Chenine Bhathena has promised to deliver “an unforgettable year” to Coventry after being appointed as the Creative Director for UK City of Culture 2021.

Chenine, who was the Creative Programmer for London 2012, has landed the role with the Coventry City of Culture Trust after a competitive three-month process.

Coventry won the title at a ceremony in Hull in December and, have been recruiting for a range of roles to assist plan and deliver the 12-month programme which could stimulate £350 million of direct economic impact.

The new Creative Director, Chenine, who joins from the Greater London Authority, believes being UK City of Culture means Coventry can highlight and develop its role as a global leader.

She said: “This is such an exciting role and I am really looking forward to working with the team and the whole city to create something extraordinary in 2021.
“It’s a once in a lifetime opportunity for the city and everyone has seen the positive effect it has had on Hull – but Coventry will tell its own story and will put its own stamp on City of Culture.

“It’s a diverse and youthful city and is a global leader in peace and reconciliation. This is an opportunity for Coventry to continue to take a lead on some of the major issues facing the world today and be a trailblazer.

“The year of 2021 will be a chance to tell some great stories about Coventry and position the city differently. The Trust developed a brilliant, winning bid and I look forward to leading these extraordinary programmes.”