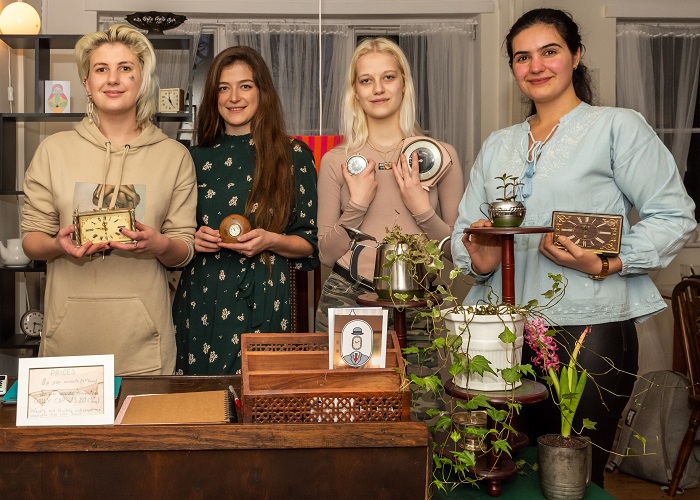 A unique pay-as-you-go community and working space in the heart of Coventry has opened its doors to the public. Ziferblat Coventry has officially launched bringing a brand new way to work, relax and socialise in the city centre.

Based on Spon Street, Ziferblat is unique in the way that it operates because visitors do not pay for the items that they use but instead pay for the time that they spend there. It costs 8p per minute for the first hour of a person’s visit and then 5p per minute after that. There is a payment cap of four hours or £13.80, but there is also weekly and monthly subscriptions for people to explore.

Creating a home away from home experience, guests gain access to facilities such as Wi-Fi and unlimited food and drink. Ziferblat’s mission is to provide a space and platform where artists, students, freelancers and the general public can come together to connect, collaborate and create.

During the launch party for the new space, special guests were treated to a whole host of entertainment including live music and magic to celebrate its official opening.

Elena Ignateva, director of Ziferblat Coventry who is also studying for her Master’s Degree at the University of Warwick, recognises that the city has a huge amount of potential.

“With Coventry being UK City of Culture next year and with events being held in the city for the Commonwealth Games the following year, there is so much promise,” she said. “With so much happening and a huge amount of development going ahead in the city centre, we wanted to be a part of that.”

As well as the main space where people can sit, work and relax, further rooms have been opened where people can play games, co-work and get together. In the future, it is hoped that Ziferblat can also host entertainment such as music nights and live shows.

Elena added: “Ziferblat is more than just a café or work space, we want it to be somewhere that can be used by all, it is definitely multi-functional. We had a soft opening before Christmas, but we wanted to do something special, so we decided on a party and we want to thank everyone who came along. We look forward to welcoming everyone along to see what Ziferblat Coventry is all about.”

Ziferblat Coventry’s opening hours are 11am until 8pm every day.