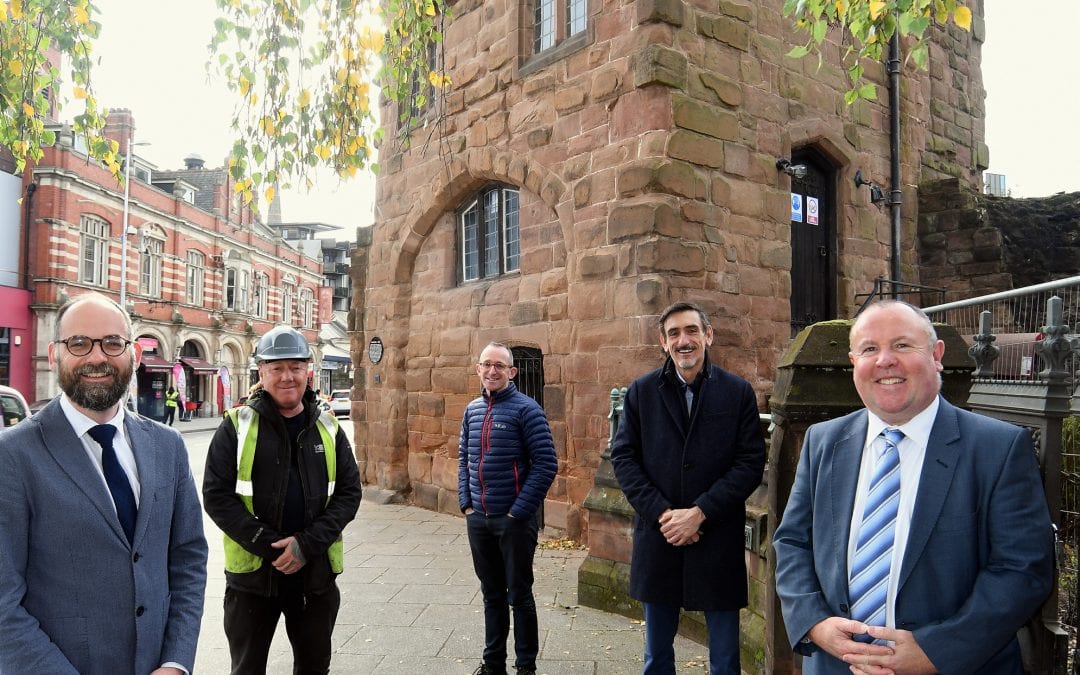 Work has begun to transform Coventry’s historic city gates into unique visitor accommodation in time for UK City of Culture 2021.

Swanswell and Cook Street Gates are the last remaining of the 12 gates in the city wall constructed in the 14th century but they have been largely unused for decades.

Historic Coventry Trust recently took ownership of the buildings as part of Coventry City Council’s innovative transfer of 22 historic buildings to the organisation which was approved in December 2017.

The Trust has now appointed Messenger Construction, the construction firm which is also undertaking the restoration of the Priory Row Cottages in the city centre, to transform the two buildings in time for Spring 2021.

Cook Street Gate will become a single studio apartment accessed by new stairs, and including kitchen and bathroom facilities, while Swanswell Gate will provide accommodation on three floors, for an exceptional place to stay for a couple of small family group.

The buildings will also be opened up on heritage days, allowing people to visit and learn about the vital role played by the city wall.  The Trust will also be organising heritage-based events and activities in Lady Herbert’s Gardens.

Ian Harrabin, Chairman of Historic Coventry Trust, said the start of work was another big step to restore the city’s major heritage sites in time for City of Culture.

He said: “The gates are living reminders of a time when Coventry was the best protected city outside London.  They were paid for, built and maintained by the people of the city and the security they provided was a major factor in the growth and wealth of the medieval city.  They protected the people against all foes, whether bandits, troops or the plague.

“The story of the power of this collective community action is particularly relevant in these troubled times.

“The walls and gates, which originally circled the city for over two miles, protected the people for some 300 years, until Coventry stood against Charles II in the Civil War.  There are remains of the wall in various places around the city but this section including the two gates is the only place where you really get to imagine what the wall was originally like.

“Not only are we restoring the gates, but we are also giving them a use that will help to boost the visitor economy and local jobs.  These will be truly exceptional places to stay and we are sure they will be in high demand from locals and visitors alike”

Councillor Jim O’Boyle, Coventry Council’s Cabinet Member for Jobs and Regeneration and LEP Board member, said: “It is great to see that work has now started to restore the two city gates that are so emblematic of the city’s long and rich history.

“The council was bold in entering into a partnership with Historic Coventry Trust to restore most of our heritage buildings, but this is now really paying off.  This is the sixth heritage site under restoration by the Trust, with all completing in time for City of Culture.”

“The gates are going to add something really special to our visitor offer and I can’t wait to see them finished.”

Councillor David Welsh, Cabinet Member for Housing and Communities said, “Swanswell and Cook Street Gates played an important role in our city’s past and I’m delighted that their future is now secured. Not only that – but people will be able to stay in them to experience a unique slice of history. This is great news and I thank the Historic Coventry trust for their efforts.”