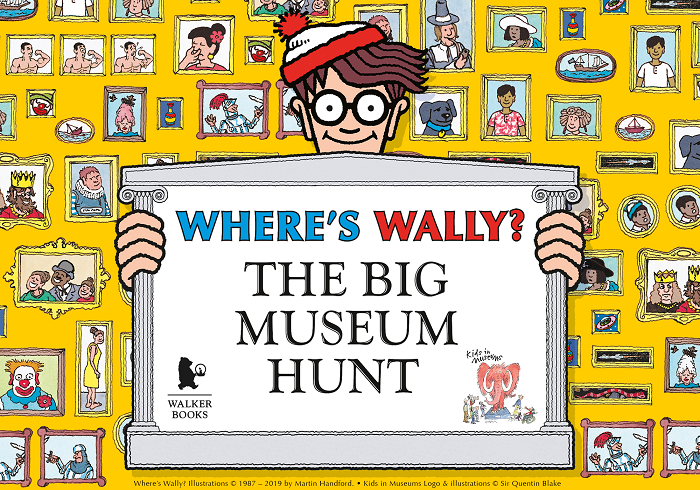 This half-term, WALLY, the world’s favourite children’s book character – wearing a red-and-white striped shirt and black-rimmed specs – will be travelling the country, appearing in museums, including a visit to the Herbert Art Gallery & Museum in Coventry. Families will be able to join the search for Wally to the Herbert Art Gallery & Museum, Coventry as part of Where’s Wally? The Big Museum Hunt, organised by Walker Books and Kids in Museums, to celebrate the release of the new book, Where’s Wally? Double Trouble at the Museum.

Launching in time for October half-term, the promotion will run from 12 October until 3 November 2019. Each participating museum will create and promote their own Where’s Wally? search-and-find trail as part of this nationwide campaign, giving families the chance to receive an ‘I Found Wally!’ sticker at the end and to enter the Where’s Wally? and Kids in Museums grand prize draw competition.

Wally is the creation of Martin Handford, whose entertaining drawings of crowd scenes first swept the globe in 1987. Since then, the Where’s Wally? books have held a favourite spot on bookstore shelves the world over and have sold over 72 million copies worldwide in thirty-one countries. Wally has reached celebrity status: he has been referenced in the primetime American TV shows Frasier, The Simpsons and Friends; he appeared on the 1000th anniversary cover of Rolling Stone magazine as a cultural icon of the last 40 years; he has even been found on Google Earth!

FOR MORE INFORMATION ABOUT SEARCHING FOR WALLY IN THE HERBERT ART GALLERY & MUSEUM, contact the museum on 024 7623 7521 or email info@culturecoventry.com