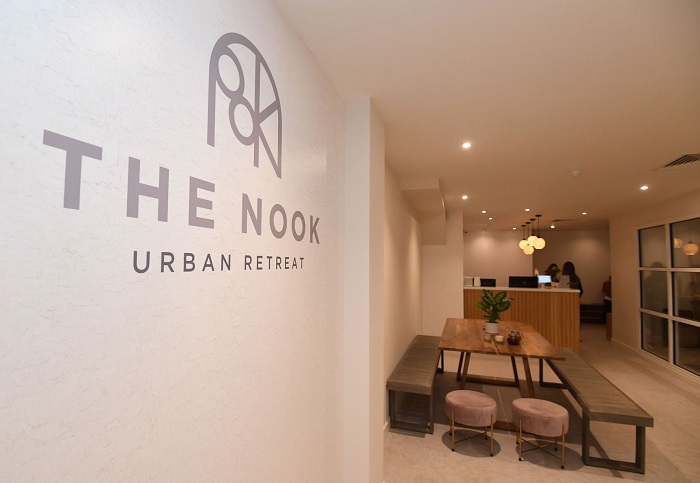 The Nook Urban retreat and yoga bar opens, located on the Upper Precinct, offers yoga and pilates sessions, among other classes.

A new Coventry business is hoping to provide a “haven of calm and wellness” for locals. As well as offering yoga and pilates, there is a tea lounge and meditation corner.

Plans to convert the old Black Eagle Bar into the retreat were given the green light early this year, and it officially opened on Tuesday, November 5. Prior to that, the building formed part of the Leofric Hotel. Most recently it had been occupied by the Mercia Lodge student accommodation.

According to the owners of The Nook, it is set to offer over 30 yoga, pilates, and barre classes a week. The site is home to two yoga studios, which can accommodate up to 18 people for classes. These can also be converted into a space for events and workshops.

The tea lounge offers a selection of green, black, and herbal teas which are said to be ethically and sustainably sourced.

In terms of the visual appearance of the venue, the owners revealed that they were inspired by Scandinavia, and also included influences from the Australian lifestyle.

Co-founder Michelle Khaw revealed that The Nook came to be after struggling to keep up with a career in London and a decent work-life balance. She said: “Life quickly got exhausting and I was looking for an outlet for all that stress; unfortunately I was never a fan of the gym.

“One day several years ago I randomly stepped into a yoga class and fell in love, I never looked back. I realised that there must be others out there like me, who just didn’t get on with the gym, but still wanted a way to stay active and switch off.

“I convinced my husband to join me on this little adventure – to build a space where anyone could come in and take time for themselves – and The Nook Urban Retreat was born.”

With the Coventry site up and running, there are now plans to open a second studio in Leicester – which is due to open in spring/summer 2020.

To mark their launch in Coventry , The Nook Urban Retreat are currently running launch offers including unlimited yoga, pilates and barre classes for a whole month on their One Month Pass for £50 (normal price £98).