Flypast and Hawk – highlights of the RAF100 event 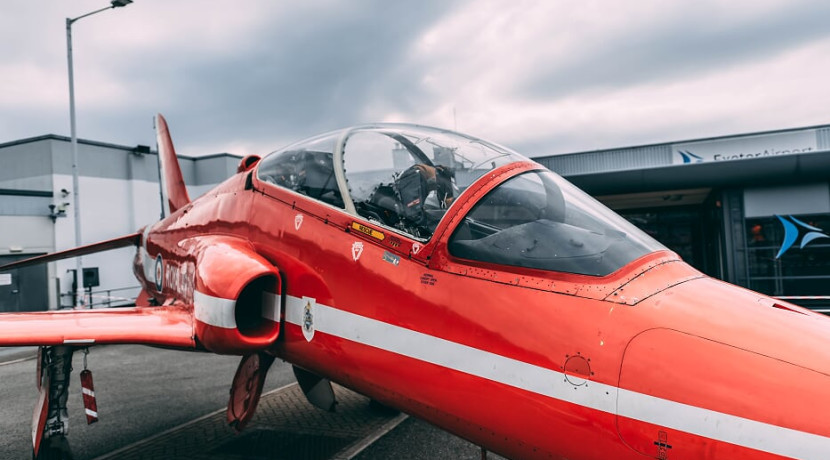 A spectacular flypast by a Dakota and an iconic Hawk aircraft are among the stunning highlights of a three-day celebration to mark Coventry and Warwickshire’s long association with the Royal Air Force as part of the nationwide RAF100 centenary celebrations.

There will be a number of military vehicles, static displays, stands, exhibitions and displays connected with the RAF on display from 9am on Friday (July 6) in Broadgate in Coventry city centre at the event, which has been organised by the Lord Mayor of Coventry, Councillor John Blundell, and leading UK businessman Sir Peter Rigby DL.

The star attraction will be a static BAE Systems Hawk aircraft positioned in front of the Lady Godiva statue and visitors will have the opportunity to sit in the aircraft cockpit this weekend.

All stands will be open in Broadgate from 9am to 5pm on Friday and Saturday and between 10am to 3pm on Sunday when a Dakota from the Battle of Britain’s Memorial Flight will fly over Coventry city centre at 3.20pm.

The event, which is sponsored by Rigby Group and is among a series of RAF100 events taking place across the UK, will culminate with a VIP lunch for 120 dignitaries hosted by the Lord Mayor and Sir Peter Rigby at St Mary’s Guildhall followed by a service of celebration at Coventry Cathedral, which is also open to the general public, from 3.45pm to 5.15pm.

The static aircraft will be located at the western end of the terminal and visitors are asked to park next to the exhibit area off Bubbenhall Road.

Sir Peter Rigby, Chairman and Chief Executive of the Rigby Group whose headquarters are in Warwickshire and who is also an Honorary Group Captain of the 601 Squadron of the Royal Auxiliary Air Force, said the event reflected the themes of the RAF’s centenary year: to commemorate, celebrate and inspire.

He said: “RAF100 is the celebration of 100 years of the first independent air force in the world which is being celebrated by the Royal Air Force across the United Kingdom.

“Coventry and Warwickshire has a long association with the RAF and the RAF100 celebrations are a perfect opportunity to remember and celebrate everyone connected with the service as well as look to the future to inspire the next generation of servicemen and women.

“The flypast from the Dakota will be a memorable way to mark the final day of the celebrations before we head to Coventry Cathedral for a special service of reflection.”

Lord Mayor of Coventry, Cllr John Blundell, said: “Our city has strong links with the RAF and our country’s amazing aircraft and it is very fitting that we stage this three day celebration.

“It will give the people of our city a fascinating look into the world of the Royal Air Force and celebrate our links with the service and the aviation industry and I know a lot of people will be excited to see such iconic aircraft up close.

“The service personnel of the RAF have protected and helped people around the world so well, and now it is our chance to say thank you. I hope the people of Coventry join the celebrations and enjoy what will be a very special weekend.”