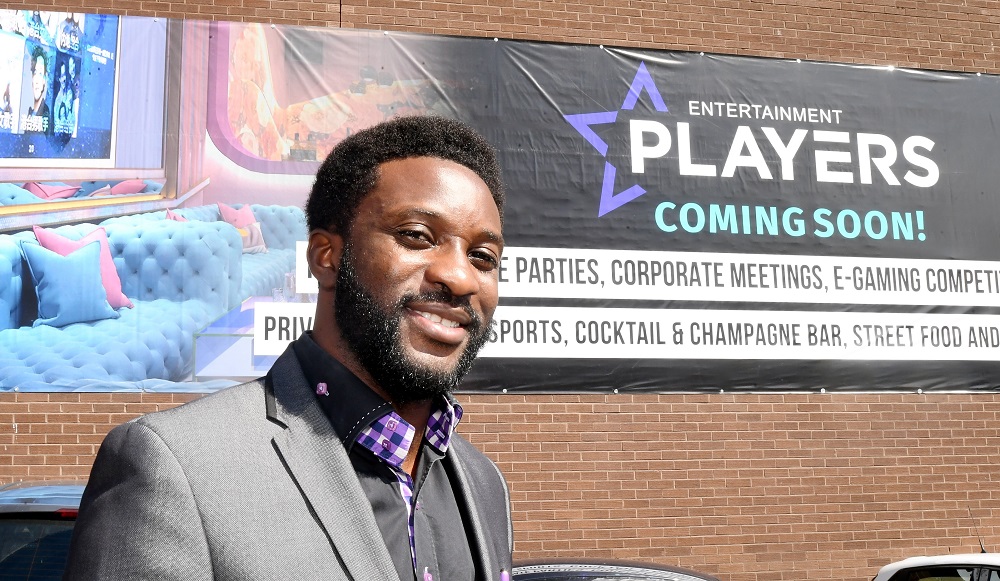 Coventry city centre’s most ambitious new night-time entertainment venue in decades has a new manager on board who has years of experience on the city scene.

Jonathan Owusu has been recruited as the general manager of Players Entertainment, a new £2 million karaoke and e-gaming entertainment centre on the site of the former Pink Parrot nightclub.

He’s also run his own entertainment business working with a range of venues in the city such as JJs, The Empire and Kasbah as well as in other cities in the Midlands such as Pryzm in Birmingham.

Jeffy Li, the entrepreneur behind Players Entertainment, said Jonathan’s track record in entertainment in Coventry made him the perfect fit for the new venue, which aims to open in the New Year.

Jeffy said: “Jonathan knows this market better than almost anyone in Coventry and, of course, that was a big factor in hiring him.

“But when you meet him, you will see he is a very hardworking, dedicated person who has a very natural charisma, which makes him perfect for this industry.

“We are pleased to bring him in as our GM of Players Entertainment and it is great to see how equally excited he is by our plans.”

Players Entertainment will be the biggest venue of its type in the UK and will be a destination for local people, students and also visitors from outside the city – with more planned around the country.

The ground floor will be dedicated to e-gaming including private stations as well as a stage for multi-player tournaments, while the first and second floors will offer karaoke – or KTV – in 25 private rooms, the biggest of which will cater for up to 40 people.

It will be open to all ages from noon until 7pm, when it would be ideal for private events and children’s parties, but after that will operate a strictly over-18s until 2:30am on weekdays and 4:30am at the weekends.

It will create more than 20 full-time and up to 30 part-time jobs.

Jonathan said: “I am very excited by this new challenge. This will be something very new, very different and very ambitious for Coventry and I am looking forward to being part of it.

“Since coming on board, I have been across to China to see this type of venue over there and it is absolutely mind-blowing. We are modelling ourselves on the very best they have to offer.

“People are looking for new experiences from a night out all the time and this will offer something for everyone and will bring back into use a very famous Coventry nightspot.”