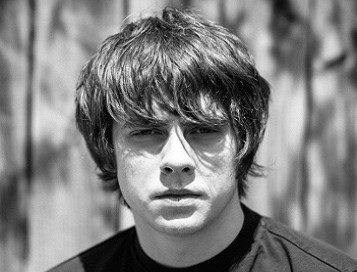 Festival organisers have confirmed that Jake Bugg will be performing as Godiva Festival’s Friday night headliner this year.

The Nottingham-born singer and songwriter is best known for his singles ‘Two Fingers’, ‘Broken’ and ‘Seen It All’.  His latest album ‘Hearts That Strain’ was released in September 2017, and recently recorded a song with Noah Cyrus, called ‘Waiting’. He has previously been awarded Best Male at the Silver Clef Awards in 2015, and Best Solo Artist at NME’s 2015 awards. He was also awarded Best New Act at the Q Awards in 2013.

Speaking about the festival, Jake said: “I’m looking forward to playing Godiva Festival with some of my favourite artists on the same bill.”

Also confirmed for the festival are Rae Morris and Kyle Falconer.

Kyle Falconer was a founder member of The View, and the band signed their first record deal when he was just 18-years-old. Their debut album ‘Hats Off To The Buskers’ went straight to #1 in January 2007 and was later nominated for a Mercury Prize. Two of the band’s subsequent four albums also hit the Top 10, and they also released an unorthodox ‘best of’ in the shape of ‘Seven Year Setlist’. After five hit albums, a Mercury Prize nomination and countless sold-out shows with The View, the band’s frontman Kyle Falconer released his debut single ‘Poor Me’ in June.

Rae Morris is a British singer/songwriter, best known for her singles ‘Grow’, ‘Love Again’ and ‘DO IT’. Her second album ‘Someone Out There’, was released in January 2018.  She has collaborated with artists such as Bombay Bicycle Club, Clean Bandit, Kaytranada and Rejjie Snow amongst others.

Both Kyle and Rae will perform in Saturday’s Rhythm Tent on 1 September.

Coventry Godiva Festival is brought to you by Coventry City Council, supported by Free Radio and in association with Fargo and Coventry UK City of Culture 2021.