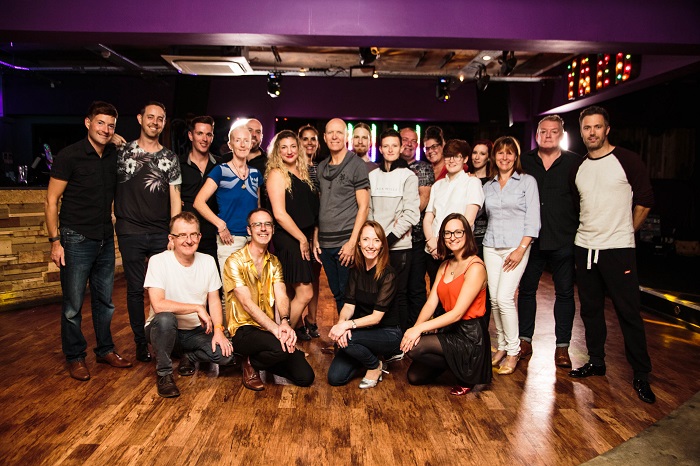 Coventry Does Strictly LGBT+ will hit dancefloor on Saturday, November 3 when competitors will battle it out for the trophy.

The first same sex dancing competition outside of London will go ahead in Coventry to raise funds for a good cause.

Joining forces to host the event are Coventry businesses Dancing Feet and The Yard which are aiming to raise as much money as possible for PRISM, a charity working within the Coventry & Warwickshire LGBT+ community, providing a free and open space for young people.

Contestants have now been tasked with raising £200 each and every penny will go directly to the organisation.

Mark Jefferies from Dancing Feet said: “The event is a very exciting opportunity, to see the first same sex dancing competition to held outside of London.

“Coventry is leading the way in bringing same sex dancing to the Midlands and beyond and it is going to be a fantastic night.

“The contestants are now four weeks into their training and have been partnered with a dancer from Dancing Feet and are developing their waltz and cha cha cha.”

Tickets for the event are on sale now and can be purchase at www.ticketsource.co.uk. Doors open at 6pm and the contest starts at 7pm.