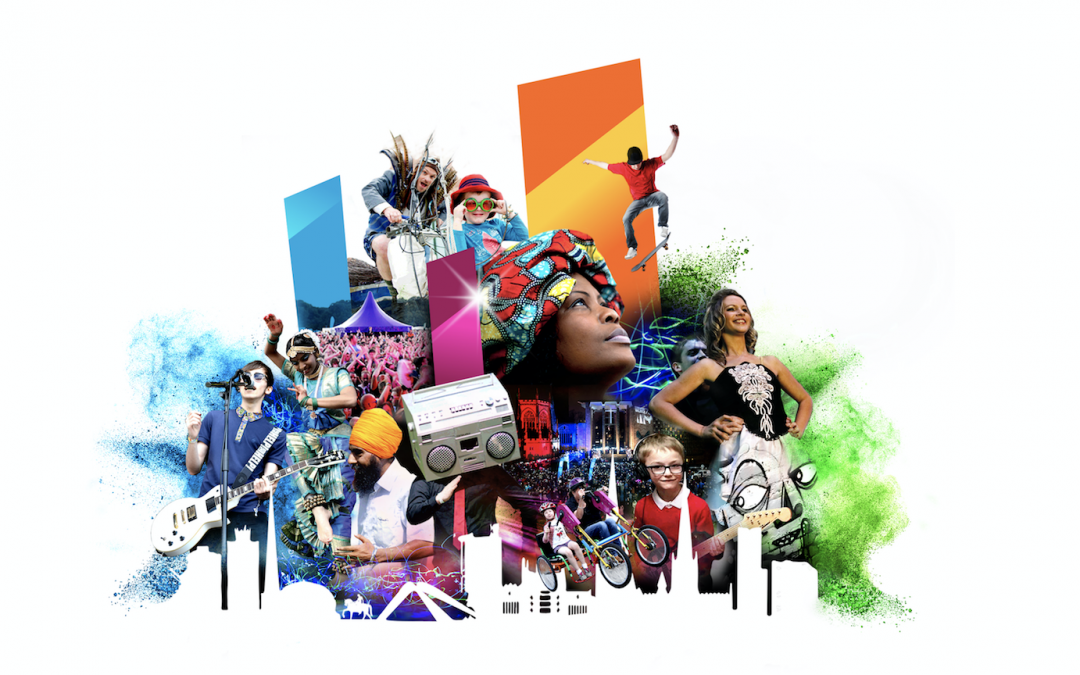 Coventry has made the UK City of Culture 2021 shortlist and is now in a five-way race to win the title. The 11 bidding cities have been whittled down by the Department for Digital, Culture, Media and Sport, and Coventry is joined by Paisley, Sunderland, Stoke and Swansea on the candidate city shortlist.

Coventry City of Culture Trust, the organisation behind the city’s bid to be UK City of Culture in 2021, must now put together a final bid document and will then present to a panel of judges later this year.

It’s a massive show of faith in the way Coventry has positioned itself during the process as being the most diverse bidding city, and the one which can make the most impact. The fact that there are 40 million people within two hours of Coventry shows the potential catchment the city would have in 2021, and tourism research into the bid has shown how the city could grow visitor numbers.

The bid’s themes build on the city’s reputation for being human and welcoming people from across the world, as well as being a city of invention and underground culture.

The city, which was once the capital of England, has made significant cultural contributions to the world – from Theatre in Education to electronic music, and from film studies through to protest movements such as 2Tone, all of which have been drawn out in the bidding process.

Laura McMillan, Manager of Coventry City of Culture Trust, said: “We are delighted to be on the five-city shortlist, and that has made us even hungrier for the title in 2021. We know what a great year Coventry could put on, what a great impact it would make on all of our communities and the huge social, cultural and economic benefits it would bring.

“It’s estimated that tourism alone would be boosted by £80 million, but there is much more to winning than the economy; we want to see a step-change in culture, health and community cohesion across Coventry. The time is right for Coventry. We have the people in place, we have very strong local and regional support, and now it is up to us to create a compelling final bid and to show that we have the whole of the region behind us.”

The bid has already been supported by more than 80 businesses, and the majority of funding has come from the private sector after initial support from the City Council and the two universities.

David Burbidge, Chairman of the Coventry City of Culture Trust, said: “A huge amount of hard work has already gone into the bid from a whole range of people and organisations across the city and region. But we are not done yet! We have seen the impact on Hull and other northern cities such as Glasgow and Liverpool when they were European Capital of Culture, and we believe that this is a massive opportunity for Coventry.

“The City Council and two universities have been a huge support – especially when we were first getting the bid off the ground – but we must also pay tribute to the business community in the region who have given us incredible financial and moral backing. Now, we are more determined than ever to win this for Coventry and its people.”

Cllr George Duggins, Leader of Coventry City Council, said: “This is great news for Coventry, and testament to the quality of our bid in highlighting the many strengths our city has to offer. The bid also highlighted once again our spirit, determination and commitment to partnership working and I have been hugely impressed by the way business, the public sector, volunteers and voluntary groups have come together during the process so far.

“Coventry is stronger for bidding and, although the competition will be tough, I think we are in a great position to push on and continue to show why we would make an excellent choice to be the UK’s City of Culture in 2021.”

Coventry University Vice-Chancellor John Latham said: “Coventry University is inextricably linked with the city – our buildings, staff and students are entwined with its architecture, community and culture. We are proud to be part of the team that will take Coventry forward to the final stages.

“We’ll be working to convince the judges what we know already – that Coventry is a city with a great cultural heritage, a thriving arts scene, and a unique creative energy that can make us a cultural emblem for the UK on the world stage.”

Stuart Croft, Vice Chancellor of the University of Warwick said: “People from across our communities and region will be rightly proud of Coventry’s tremendous achievement. As a Principal Partner of the bid, I’m delighted that the University of Warwick has worked with partners and friends to deliver a campaign that has highlighted the city’s strengths and celebrated the fantastic culture Coventry has to offer.

“Through our research and expertise, Warwick has helped to develop a comprehensive research-led bid and demonstrated our commitment to the cultural development of the region in the decades ahead. We look forward to the next exciting challenges in Coventry’s road to becoming UK City of Culture. ”

Louis Lewinson, a young performer in the city and member of the Executive Group for the Coventry City of Culture Trust, said: “Winning this would be life changing for so many young people in this city; the possibilities and opportunities for everyone to chase their dreams and goals would be endless.

“I feel as though Coventry is in need of a beam of hope and this is exactly what this can bring for us. I am always trying to be the match stick in a dark room to bring some light into our city and to inspire the young people around me. Hopefully, that results in them lighting their matches too, which is exactly what our bid is feeding into the city. It is bringing a strong sense of pride and belonging.”

Nick Eastwood, Wasps Group CEO, said: “We are thrilled that Coventry is on the shortlist for UK City of Culture 2021 – wouldn’t it be great if the city could now go on and win the title. We have been behind the campaign as Bid Sponsor almost since day one as we have seen first-hand what a great place this city is, what it has to offer but also how a title of this prestige would help make a lasting impact on Coventry.

“The whole team at Wasps and the Ricoh Arena is behind the final push and it would be a massive achievement for the city if we could get this over the line.”

Janet Vaughan, of Talking Birds, said: “Being shortlisted is, in itself, a massive win for Coventry – and totally deserved! We’re a city that doesn’t generally shout about our achievements, but getting this one step closer to winning City of Culture is something we should definitely all be shouting from the rooftops!

“Every single person who’s been part of a conversation about what a City of Culture could and should be has helped our city make the shortlist, and I’m really looking forward to continuing those conversations – and making sure the judges are completely dazzled by the very best of Coventry in our final bid!”