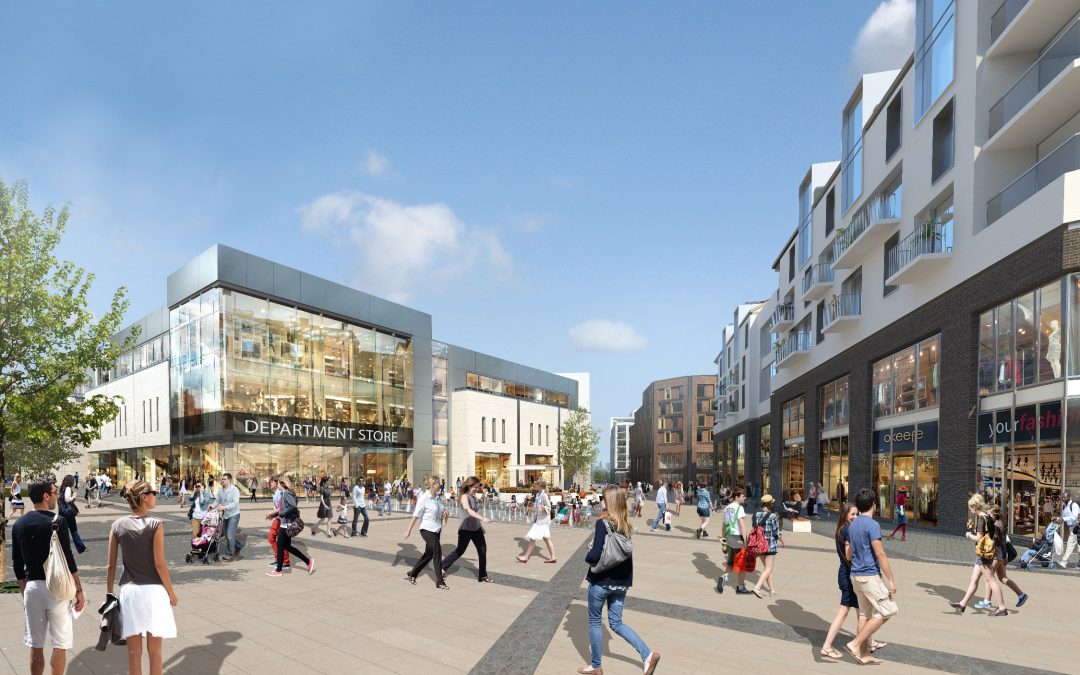 Coventry City Council is to seek further proposals for a new retail development scheme for the city centre. The 560,000 square foot city centre south scheme – which aims to deliver a complex the size of Solihull’s Touchwood development including shops, restaurants and cinema – was granted outline planning consent in 2012.Last year, developers Queensbury Real Estate (QRE) were granted a year’s exclusivity period to develop the £147million scheme. However, following a legal decision on a similar scheme in Winchester, coupled with changing market conditions, councillors are now required to invite new proposals for the development.

“It’s no secret the city centre is punching below its weight – being 58th in the country for shopping destinations just isn’t good enough for our residents and businesses. We’ve been delivering dramatic and impressive improvements in regeneration and new business schemes in the city and bringing jobs back to Coventry. But, we need and deserve a city centre that matches up to our ambition to be a top ten city.

QRE has worked very hard with retailers and businesses on the detail of the development and have reached the conclusion that, although a transformational city centre scheme can be delivered, it will call for financial support from the Council to get off the ground.

QRE estimates the current scheme would need significant capital investment for land acquisition alongside the transfer of Council owned land. The possibility of financial support from the Council for any scheme means that other developers will now be invited to submit proposals for a scheme which will be considered alongside the QRE scheme. Although the legal position requires this new approach, it makes sense for us to test the market again,” said Cllr Maton.

“Since outline planning consent was granted there have been massive improvements across the city centre, including Friargate and the new bridge deck, the new Broadgate square which has led to the development of Cathedral Lanes and the plans for a new city centre leisure facility.

Coventry city centre already looks very different to the way it did three years ago and the expansion of manufacturing, like Jaguar Land Rover and London Taxi Company in the city means there’s a new confidence about investing here that simply wasn’t around before. We may get a different proposal from a developer which won’t call for a significant cash injection from the Council. But until we test the market we just can’t be sure. We need to be certain in these financially challenging times that we are making sure we are getting the best value for the rate payers of Coventry.”

If councillors support the proposals, developers will be invited to submit new proposals in September, with a final decision due next spring.

Work on the development could get under way as soon as the end of 2017, with work complete in 2020″.