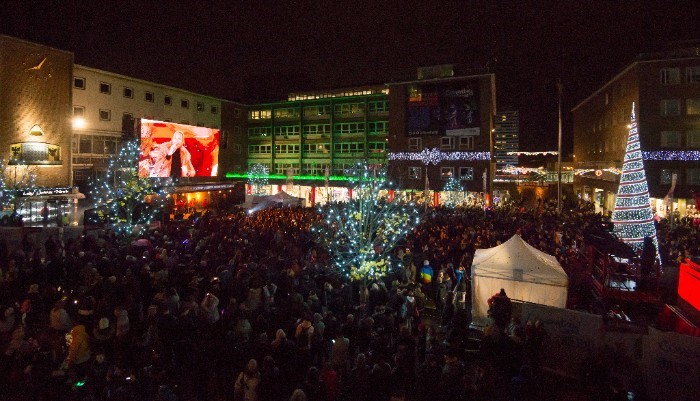 The holiday season was officially launched in spectacular style in Coventry city centre this week.
Thousands of people turned out for the annual Christmas Light Switch-on in Broadgate, making it a massive success once again.
Singer and Britain’s Got Talent judge, Alesha Dixon, was the special guest for the event, which was organised by Coventry City Council and Coventry Business Improvement District (BID) and she was a huge hit with everyone who came along.
Free Radio favourites, JD and Roisin, were hosts once again introducing excellent performances from the likes of Coundon Primary Choir, Elite Dance, The Upsiders, UnScripted, Thomas Teago and a magical production from Highly Sprung and Vortex Creates.
Trish Willetts, Coventry BID manager, said: “What an absolutely amazing night it was and it was wonderful to see the city centre filled with people.
“Everyone who performed on the night were truly brilliant and they helped to make it a very memorable evening for everyone. A special mention to Alesha Dixon who put on an amazing show and was the perfect choice for the 2017 event, we are going to have to find someone special to top that for next time.
“I would like to say a huge thank you to everyone who was involved, those behind the scenes and on stage in making the switch-on such a success.
“Christmas is now officially started in Coventry and we have so much taking place over the next few weeks to make sure the crowds return to the city centre once again.”