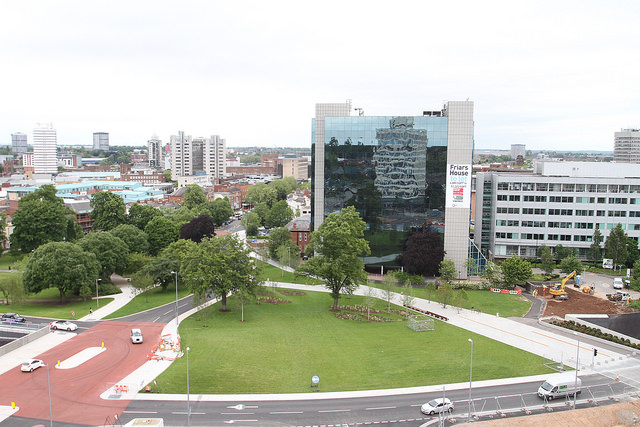 Coventry City Council has today released a time-lapse video showing the construction of the new £14.9m bridge deck at Junction 6 of the Coventry Ring Road.

The three minute video shows the build of the new junction from when work began in March 2014, up until the first section of the roads being opened for the Motofest event in May this year. Main highlights in the video include the demolition of the east and west road bridges and the overnight installation of the 50 tonne steel beams that form the support structure of the new bridge deck.

“Thousands of high definition images were captured over a 15 month period and put together for this fantastic time-lapse movie. “Once you see it you can finally understand just how much work took place to install the bridge deck and what a massive piece of engineering the entire scheme was. “This was a very different project in many ways to a normal build, in that it wasn’t a building that ‘rose up’ – as much of it took place at ground level behind hoardings – so no-one ever really got a good look at the progress.

This video will finally allow everyone to see just what took place and shows the massive change in the entire junction. What’s even more impressive is that such an enormous scheme took place over one of the busiest junctions of the city’s ring road, while traffic was still able to travel around and beneath the work that was going on.”